← What Remains
Into the Blue → 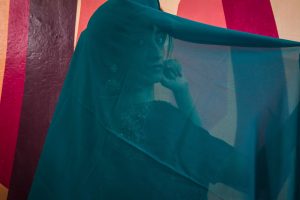 BAABUL is the story of a daughter’s hero!

In Autumn 2017/8 verd de gris arts supported amazing young writer and performer Sameena Hussain with her original theatre piece ‘Baabul’ – a tribute to a father from his daughter. A daughter’s appreciation and gratitude to a father who raised his daughters as a “blessing”!

This autobiographical performance revisiting life events which aim to capture the beauty, love and struggles of a father raising his daughter in a patriarchal society and instilling the belief in her that she can be whoever she wants.

Sameena explains: “Having the opportunity to create and share ‘Baabul’ was very empowering for me and gave me the confidence to share my work as an artist. I felt like an artist and felt appreciated by my peers and my community. In celebrating my father and showing gratitude to him, I was also giving a platform to tell stories about people who look like me and who’s stories are very rarely told. It is very rare to see female, Muslim and Pakistani performers from Halifax, that in itself was a statement. It showed what is absent in our theatre.

She continues: “It is important to show and celebrate the diversity of the Halifax community; show the lightness and playfulness of the community. The feedback was overwhelming; one young girl said:

“I always wanted to pursue acting but I thought I wasn’t right for the career and I would have has to compromise my beliefs. But seeing your show has inspired me to purse my passion again.”

Another audience member spoke about how refreshing it was:

“to watch a performance which was about real life, a family story which we can all relate to. A human story. Being sat in an audience and feeling connected to everyone, it was very powerful.”

“Baabul was a wonderfully constructed performance. It caused me to think about not only the community in which I live, but wider questions of love and humanity. There was an astonishing level of emotion in the theatre by the end, with laughter and tears both heard and seen. I left home to go home truly glad that I’d seen this work.”

We believe offering a platform to share such work is vital for many reasons:

– it brings a diverse audience into the theatre
– it helps people from different walks of life to experience something together
– it makes us question ourselves and how we conduct ourselves in day to day life
– it gives voice to a community, allowing them to tell their story in their way

‘Baabul’ also sheds light on the sacrifices and hard work of the generation who left their homes in Pakistan and settled in Halifax, which is something that is never explicitly spoken about and tends to be taken for granted:

“I felt like this was my story and I felt proud of my culture. It made me feel welcomed and made me excited to go to the theatre. I never though theatre could be so powerful and moving.” 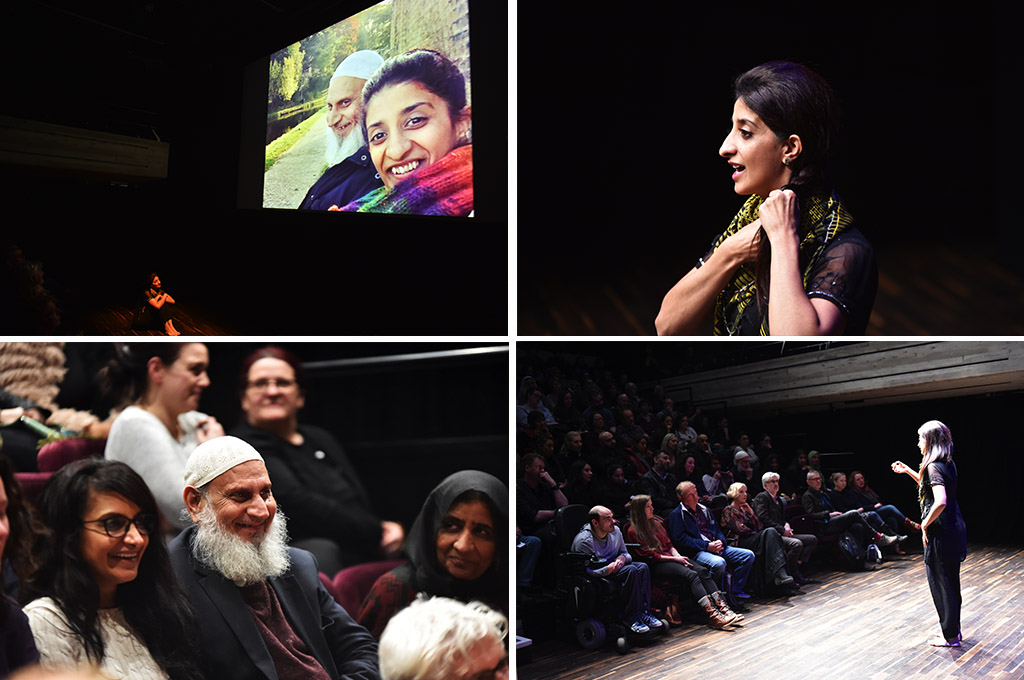 At verd de gris we were so excited to be able to help Sam get this topical and relevant piece of theatre to the stage.

‘Baabul’ was performed at Square Chapel Arts Centre on Tuesday 28th November 2017at 7.30pm and has gone on to be performed at venues in Huddersfield, including Lawrence Batley Theatre. Sameena is currently developing new opportunities to tour this wonderful piece of work across West Yorkshire.

This project was funded by Big Lottery Fund and was part of the Creative Communities initiative developed in partnership with Square Chapel Arts Centre.