verd de gris arts was formed by artists Sharon Marsden and Jeff Turner in Liverpool in 1997. Since then we have worked with a host of artists and creative practitioners from across the UK. Verd de gris arts’ work across artforms and disciplines – to create work that may include elements of performance, recorded sound, reclaimed or found objects, original music, photography, written and the spoken word.

To help us do this we employ specialised project workers (e.g. musicians, writers, performers, technicians) as required and employ specialised fabricators to assist in the manufacture of specific art work. The decisions are made relating to design very much depend on the requirements of the brief: potential audience, nature of site, accessibility etc.

Since moving to Hebden Bridge, West Yorkshire our company has worked with some key  practitioners who have become part of our creative team.

These artists deliver regular sessional work, and develop and deliver project work on behalf of the company, they include:

Natalie Speake
Natalie is a dancer, choreographer and dance teacher. Natalie has worked closely with verd de gris over the past 10 years, devising project work and delivering a range of sessions to a broad range of client groups. In 2016 she led our schools touring project The Storyman with students from Calderdale College and local primary schools. Natalie also runs her own creative dance practice, specialising in dance and movement work for older people living with conditions like dementia and Parkinson’s. In 2017 verd de gris commissioned Natalie to create a film project with her Dance4Fun Parkinson’s group – the resulting film Valerie’s Dance went on to win the national When I Dance competition.

Geoff Brokate
Geoff began his career in Sydney, Australia working as a filmmaker and directing actors. After leaving his home country Geoff travelled around Southeast Asia as a photographer, documenting the lives of people out on the edges of society: the Muslim Uyghurs in China, the slums of Mumbai, the remaining Buddhist monks of Mongolia, child wrestlers in Pakistan. Travelling in Pakistan, Geoff met a young Malala Yousafzai, just prior to her being shot by the Taliban. The resulting photographs went on to be featured internationally in the likes of The Guardian, CNN and New Statesman.

Geoff has worked with verd de gris arts on many of their most successful projects, including the award-winning Soul Journey and TAXI.

Katie Atkinson
Katie is a book lover, poet and collector of words. She is the founder and host of @TurnthePage poetry events. Katie takes inspiration from people and nature and is passionate about sharing truths and empowering voices.

Katie worked with us as part of the 2019 Todmorden Book Festival, and the 2020 creative project FIBRE hope to develop lots more exciting new opportunities together over the coming months!

Teresa Lipinski
Teresa is a classically trained singer who is passionate about sharing the joy and therapeutic benefits of singing with others.

After graduating in music, she left the UK to explore her Polish roots and ended up living in Krakow for 20 years. While in Poland, she sang in weekly concerts performed by Polish musicians, acted in children’s TV programmes and taught English through music and drama.

Teresa is now based in Hebden Bridge and joins Verd de Gris’ for our Behind the Mask and One Voice project work.

Sameena Hussain
Sameena is one of the most promising young actor / directors working in West Yorkshire. She has just been appointed Regional Theatre Young Director Scheme Director at Leeds Playhouse, and works regularly for cultural organisations including Lawrence Batley Theatre and CHOL.

verd de gris arts were proud to support Sameena to bring her first theatre piece ‘Baabul‘ to the stage, which explored notions of cultural identity, patriarchy and female empowerment in Muslim communities in West Yorkshire.

Helen Thatcher
Helen is an experienced musician and teacher. Having graduated from both the University of Manchester and The Royal Northern College of Music she spent over 20 years as the founding cellist of the Sorrel Quartet. With them, she toured the world, made many BBC broadcasts, recorded 13 CDs and held residencies at York, Newcastle, Leeds, Liverpool and Cardiff Universities.

verd de gris arts were proud to work with Helen on the ‘Out of the Blue‘ theatre project exploring issues around migration and sanctuary for refugees.

Helen regularly plays live to accompany our performance and workshops – responding to gesture, movement and rhythm of spoken word.

Gillian Brooks
Gillian is a counsellor based in Halifax, West Yorkshire. In 2018 she began work with arts company verd de gris and film maker Geoff Brokate, to create a film exploring the emotional legacy of suicide, on family members and close friends. The film arose out of a piece of writing Gillian did, “to preserve memory and truth” for her children following the death by suicide of her husband Jo. The film has been widely screened across West Yorkshire, and led to the formation of local peer support groups, using creative and talking therapies to support those affected by suicide loss.

Here are some of our other favourite creative collaborators: 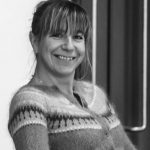 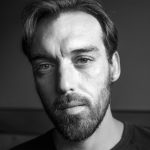 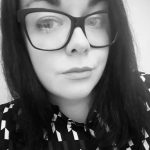 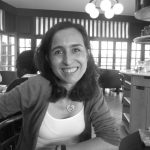 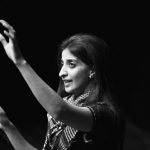 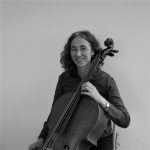 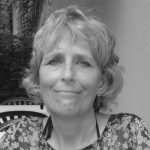 For more information about creative opportunities with the company please contact: