← Together We Are
FIBRE →

… new project from us:

A CREATIVE RESPONSE TO GRIEF FROM VERD DE GRIS ARTS

We are offering a series of intimate online support sessions for people affected by grief. This means people from all our communities: family members, health / emergency workers and carers, those who may be deeply fearful or anxious. The sessions incorporate the sharing of experiences alongside creative work including art, writing and poetry with by arts practitioner Gill Brooks.

As well as working with Gill, we are commissioning two artists, Sameena Hussain and Sharon Marsden, to create their own responses to the theme, with a view to developing a community conversation that cuts through the statistics to tell the stories of life, love and loss at the heart of the Covid-19 lockdown.

Grief and the Significance of Creativity

People need to be heard, its an ancient form of healing. Hearing and telling stories, through painting, photography, clay or word, can transform grief. People may uncover their deepest feelings, making them known to their selves and others. Telling stories contributes towards a change in perspective, it enables one to make meaning out of memory and preserve that which is positive and helpful. Creativity can be a powerful experience which focusses on non-verbal communication. The facilitation of a secure, caring and well held group allows a person to experience and express strong emotions. These emotions are shared and often others can identify with what is shared.

In the Grief Project group deep and meaningful experiences were shared early on. The group consists of six strangers all bereaved during social isolation (Covid). People denied the opportunity to say goodbye in person or at the funeral of their loved ones all shared similar feelings of not having closure. Similarly, they all felt isolated, in a surreal world, with loved ones absent. Our first exercise was to paint the inner world of feeling and then use words to describe what had been painted.

‘Gaps and absence’s following the deaths of 2 family members. This is the title of this work by a woman in the good grief group.

Another example below is by a man whose long- term partner of 17 years died at the beginning of lockdown:

The sunset represents the loss of warmth. The closure of a beautiful, peaceful, serene day that now moves into a cold, dark night. As if a horrendous storm has taken me and left me stranded on the sharpe black rocks of tragedy. My sense is that my heart is now homeless, no place to find comfort, nowhere to seek security or reassurance.
I’m hoping to be rescued but I know no one is coming to save me. I have to leave the rocks by myself and walk back to dry land on my own.

I’m hoping for a sunrise and a new day but without her there to share it with me I’m not facing it with any sense of enthusiasm. I know the new day must come but as yet I just can’t visualise it having the same warmth and joy as our first trip to Rockcliffe Bay.

These words came from the creative process and this man was able to identify his deep loss and how this looks. He could share his inner landscape with others and in so doing felt less alone.

In another exercise the group were asked to consider: “What do you need to feel more supported in your pain and how can we make an impossible situation kinder, gentler and easier on your heart?”

This is an example of writing by a woman whose son died by suicide 2 years ago.

For me, I think I want people, friends, family colleagues to talk to me about him, I feel like he has been forgotten, erased. Although they may talk amongst themselves but no one mentions him to me anymore.  I suppose they feel it would be too upsetting for me but quite the contrary it would be very comforting to know he is remembered and missed.  I recently saw a post on Facebook for one his friends birthday with lots of photos of ‘the gang’ but none with him in.  (I understand stand why ) but it feels like he never existed, he life never was.  I know I am far away from home at the moment, so it may be different when I return, I hope so. He was alive and had a life for 35 years.  I do wonder if he had died any other way than by suicide, would it be different? A thought has occurred to me whilst writing this, and that’s maybe it is too too sad, too raw and hard at the moment for them too. The suicide grief group is kind, gentle and easy on the heart.  Grief is a very personal, lonely journey, but to have fellow travellers along the way, who totally ‘get it ‘ is beyond words.

These words speak for themselves but the creative process allows people to ask themselves if some situations are easier than others. Those in the group all identified with experiencing the helplessness of others.

Another contribution by a bereaved mum was on the question ‘what can we let go of’? during the week I received an email from a Mum whose son died by suicide. She stated that the question had created a conversation between herself and her daughter. She wrote:

I felt I had to let go of some things as carrying the grief is enough of a heavy load to bare.  When it first happened I was awoke by a policeman knocking on my door at 11.15 pm. It was total disbelief. I kept thinking it was a mistake, it couldn’t possibly be my son. I thought he must have gone away for the weekend and let someone use his flat and it was this poor soul I was being told about, not my boy. Sadly it was true, my beloved Son, without warning had decided the world was better without him and took his own life.

After that I tried to investigate anything to find a reason, anything such as a rumour he had been stopped by the police over that weekend, that speared a tangent believing he had been stopped for drink driving or he had knocked someone over and killed them. I spoke to friends and the police and they had no record of him being stopped. This intense behaviour continued for some time, questioning friends, colleagues. Trying to get access to his phone his laptop even Alexis to find some clue, his last message and to who.
I didn’t find the answers I was looking for, because he took them with him, his reason it was private only to him. I will never find a logical reason why my son did this terrible this, because it just doesn’t exist.

So, in the end I decided to let it go, try not to reason why, he was a very private guy, hating to to be the centre of attention and he would have been mortified to know we had been through his personal things. For now we will respect his privacy, let go of trying to find out WHY because it will never be found.  The burden of carrying the grief and all that entails is enough to bare, so I will let go of why until we meet again and it will all make sense from his mouth.

Once again the creative process brought to consciousness that which may have laid dormant; here the participant was clearly able to recognise her thoughts and to actively say its time to let go of the detective in her and her daughter because brought into the light she could see that this was something she had been consumed with but which could now be let go.

The idea of good and bad days/ thoughts was another exercise. The poem below is written by a woman in the group who was overwhelmed by her isolation. She wrote the following:

I am sick of missing you.
I am sick of you not being here.
There’s the I am missing someone to be with me
But I am missing you and your special person.
It’s sometimes the trauma I experience
Knowing what I feel about your illness
And how you were taken from your life
So unfairly, and mine.

The shadow your sickness put on our relationship,
My unwanted learning of myself.
The tears of confusion in Why?
The not seeing any good in all this
Living with this sadness so deep
That I can’t overcome it with
Reason , understanding ?…….none!
Hope! …..I’ve forgotten what that is
But not nearly so much as
Future. What was that?

Maybe I can reinvent myself into something
Other than a leaf
Blown around in its two-dimensions;
Paper thin. Far from home.

The focus of the above poem was on the thoughts we have and the things we all feel we may not have got right as humans. What memories make us feel uneasy and sad, what are the thoughts we feed? The poem again brings to consciousness the niggly thoughts and memories. We were then able to talk about being critical of ourselves once a person has moved away from direct crises. How it feels to be in crises in terms of our thinking, feeling and willing and what it is to be human. The conversation then moved to the things people did do right! Its easy to be self- critical but so often the positive is forgotten.

Creativity can help people release suppressed feelings whilst enabling them to look at the present situation. The process can help a person become aware of feelings which may be deeply hidden sometimes creating unease. Creativity can release anger and hurt when brought to the surface and can also be enjoyable. Despite the terrible sadness people can still find humour but above all a connection to others at a time of disconnection. The creative process allows the unspeakable to be spoken. 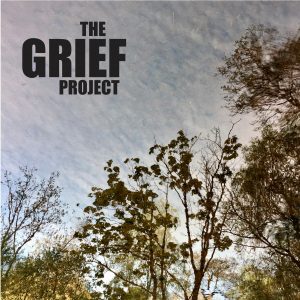