“Through taking part in these sessions students have developed greater understanding and awareness of the rich cultural mix in Calderdale and the part they play in this. Students have engaged in and with the real life stories of those members of the Roma community that before they had no idea of and how the creative work they produce for their studies and beyond can contribute to this community cohesion, tolerance and understanding.” Karen Bardon, Course Leader Foundation Degree Acting Performance

This has been our second project developed with the Performing Arts Dept. at Calderdale College. In 2015 we developed the hugely successful touring project: ‘Pitter : Patter – The Storyman’ taking students with us into local schools to explore stories of migration and cultural heritage.

In 2016 verd de gris met with Performing Arts course leader Karen Blick to explore new opportunities for her students – opportunities that would tie in with the ‘Devising’ and ‘Community’ modules on the course. verd de gris saw this as a good way for the students to ‘connect’ with their local communities in a meaningful and insightful way.

Sharon and Natalie from verd de gris worked with the students for 6 weeks, using the stories and experiences from Pavel Botos and the local Roma as source material. We wanted to devise a project that challenged the students notion of ‘freedom’ – we wanted them to create a powerful piece of theatre drawing on the experience of political oppression and cultural segregation.

The students are of entirely White British background and knew very little of the local Roma or the plight of political migrants and refugees. As part of the project – and to really deepen their level of understanding – we matched the students with a group of young people attending the neighbouring Sowerby Bridge High School (2 x Roma boys and 2 x Afghan boys). We facilitated several opportunities for the college students and boys to meet (at the College), so that the performing arts students could hear first-hand what life was like for a young Roma in the Czech Republic and Slovakia. They also heard the story of the Afghan boy’s flight from their homeland and the Taliban.

During the course of the project three Roma students at the College (attending unrelated courses) came into the space to talk to Sharon, as they had met her on previous verd de gris project work. These young men were fascinated to know what was going on and were especially interested to know that students were using Roma culture as a source. These three students then gave detailed accounts of what their lives had been like ‘back home’: a story of segregation, prejudice and abuse on a daily basis. We believe it was this encounter (with students of the same age as themselves) that so moved and challenged the thinking (and ultimately the performance) of the Performing Arts students:

“I didn’t know a lot about the Roma gypsies before our production. Meeting people from the Roma community and the Afghan boys and hearing their stories brought home to me the reality of the world in its current state of oppression. But, in spite of it all, these young people shared their stories with us. I believe that is what inspired us as actors to work harder to perform their message – with meaning – and to allow the audience to understand something of their struggle. The project highlighted our need to come together as a society and fight the tyranny of the oppressed.” Tom, Performing Arts student 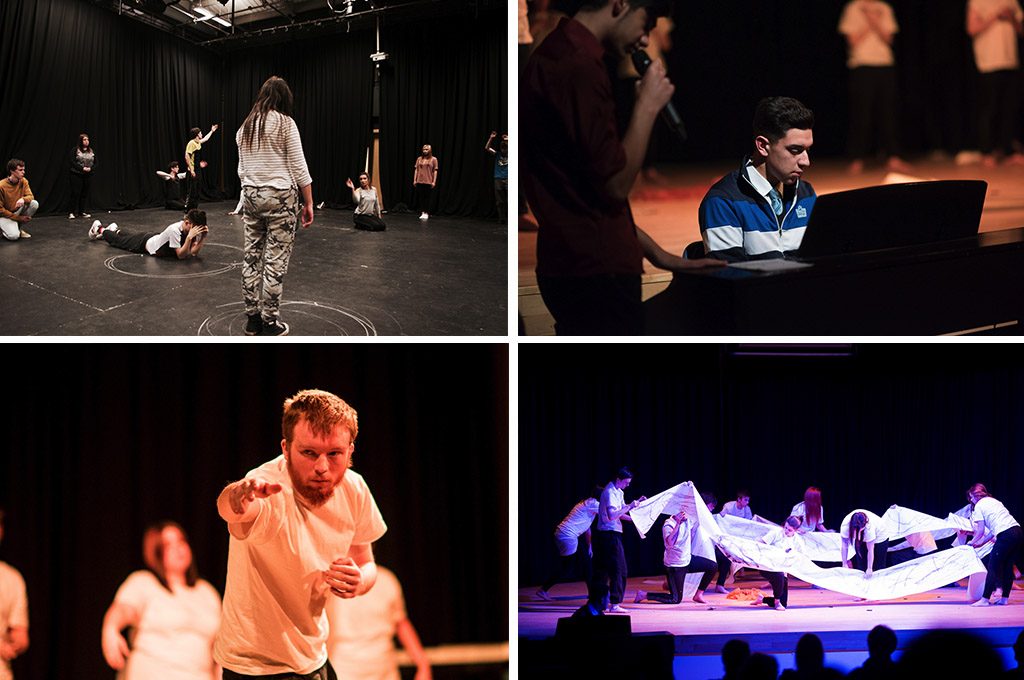 The students worked with Sharon and Natalie to devise a piece of theatre that used the Roma / Afghan accounts for inspiration. The piece was performed at the final celebration at Halifax Academy in January 2017 to universal acclaim. Nikolas, one of the Roma boys, performed on stage with the students as part of the event adding depth and resonance to the piece:

“To see what you have made, it touches my heart. To know that there are young people like you in the world, who feel so deeply my people’s story, gives me hope. I go home from when I spend time with you and tell it all to my wife – I find it hard to find the words.” Roman, Roma support worker

The Creative Communities (Stronger Together) programme is supported with funding from the National Lottery through the Big Lottery Fund.