Posted by jeff.vdg@btinternet.com on Feb 23, 2015 in Uncategorized | No Comments

We are very pleased to let everyone know that our ‘Soul Journey’ exhibition is now showing at the Creative Arts Hub in Mirfield … it travels to the Town Hall Hebden Bridge for a month (including National Dementia Week) starting 17th April!

Good news also that the exhibition will be supported by a number of workshops and events including a screening and talk to Adult Health & Social Care students at Huddersfield University and an open screening and Q&A at the Mirfield venue in March 2015. thanks to Murray Forrest at North Kirklees Clinical Commissioning Group for getting stuff moving for us in Kirklees!

To give you an idea of the impact and reach of this project so far, here’s a list of expos and screenings:

As you can see, the project has been picked up and is being used extensively by a range of partners. watch this space for more exciting news! 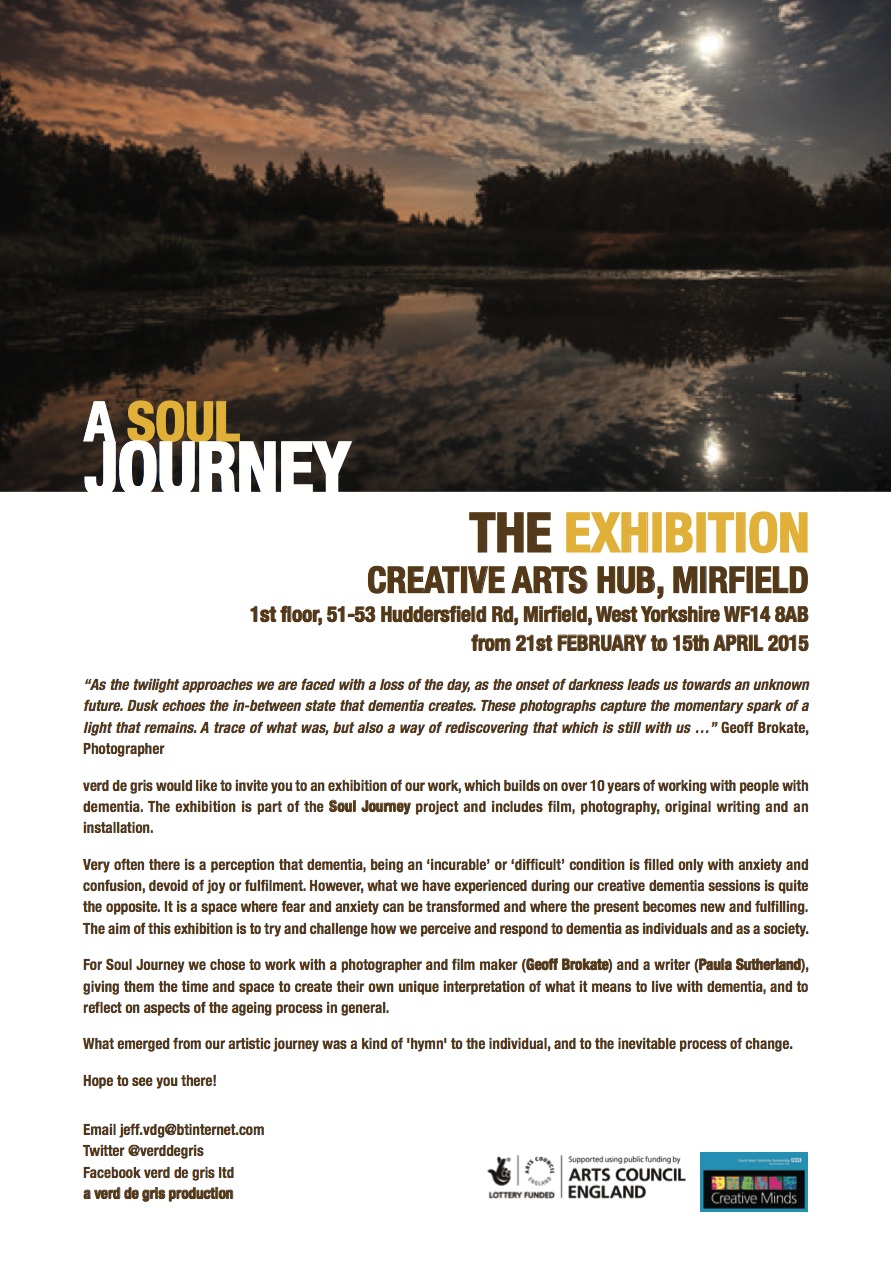