← Who Cares?
Land Beneath My Feet →

In October 2005 verd de gris was invited to devise a community arts project in Rochdale, Lancashire. The project was designed to involve two groups of older residents from different communities; one from Khubsuret House in Deeplish and one from Low Bank in Smallbridge in a series of informal sessions drawing on reminiscence, storytelling, song and embroidery.

The overall artistic theme for the project was the notion of the ‘Penny Pockets Lady’ a mythical figure from English story-telling, who wandered the countryside (much as a pedlar would) but with a dress filled with pockets, each containing something magical and wonderful.

The reminiscence sessions focussed primarily on memories of childhood; the games people played when they were young; of hardships they experienced, of work, love, and the kinds of families they grew up in.

Participants were also invited to contribute creatively to a magical storyteller’s pocket-filled cloak – sewing and decorating patchwork pockets, or bringing in artefacts to add to the pockets. The cloak came to form the basis of a series of performances with local primary school children, in which the storyteller and his cloak weaved into life for a new generation, the stories, memories and experiences of the older participants.

For the older people, the prospect of their stories being woven into a performance for young people was the most exciting and rewarding aspect of the project.

We had a successful launch event at Touchstones Museum in Rochdale. It was particularly satisfying to have worked so closely with a storyteller and for him to have translated the spirit of the reminiscence work into the stories for the children so successfully. It’s also exciting that the work generated so many creative possibilities. E.g. there were opportunities to develop storytelling workshops, embroidery / textile workshops, intergenerational sessions bringing older people into schools and having direct dialogue with the children.

It’s really all about seeing the possibilities and drawing out the positive aspects of what was a very enjoyable and valuable research exercise.

The project was devised as part of an Arts Council England action research initiative involving seven towns in the North West of England.

The Rochdale project was commissioned by Pride Partnership, the Local Strategic Partnership for Rochdale and was funded by Rochdale MBC Cultural Grants and Arts Council England:North West. 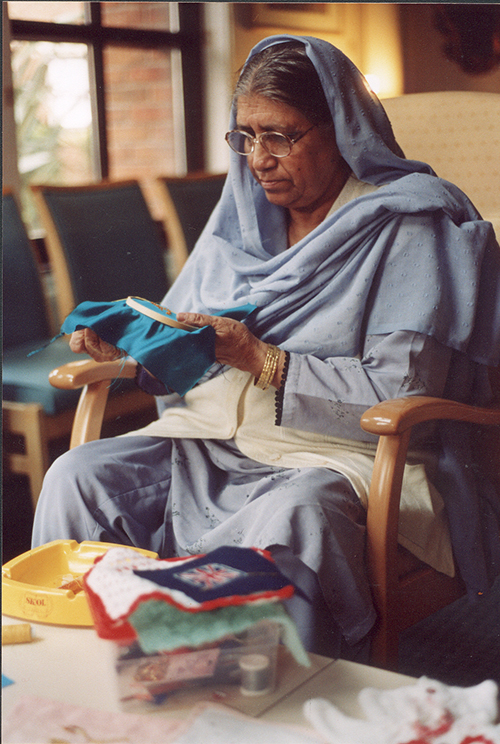